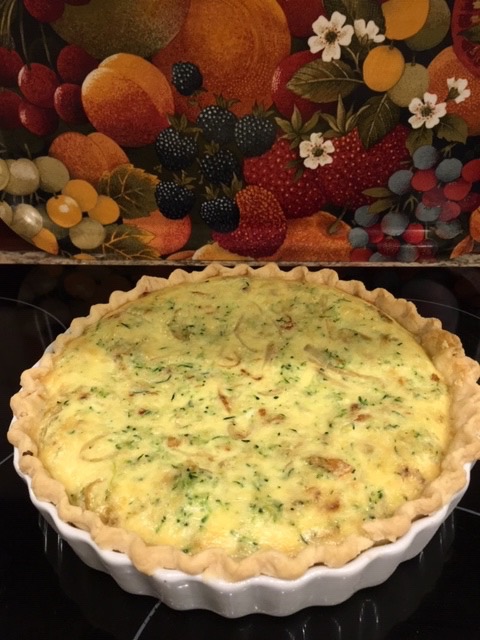 We’re so happy to announce a new series here on Jackdaw Journeys! My good friend Claire Tuffereau, who is an exceptional cook will be sharing one recipe a month with us. First up, the Zucchini Quiche! Here’s a little about Claire. 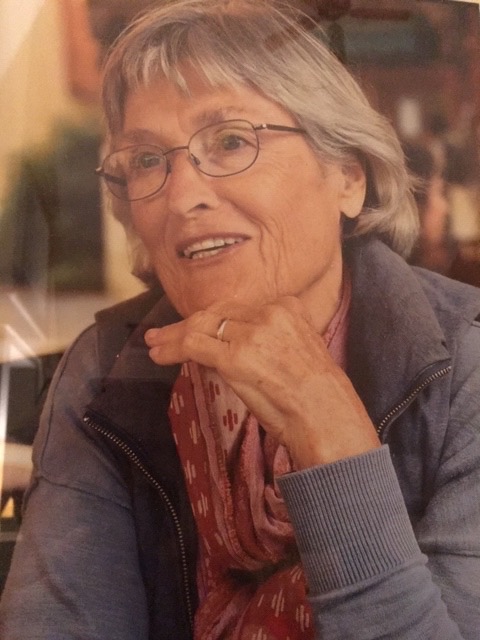 Claire Tuffereau was born and raised in Nantes, France, the historic capital of Brittany. She lived in France until 1971 when she came to New York on vacation and fell in love with America. She never went back to France to live. In the early days of living in New York, Claire had many jobs: she was a teacher, owner of a catering/takeout business in Dobbs Ferry, New York and worked with an import business importing French cheeses, French mushrooms and at the time the rare French white asparagus.

In addition to adjusting to the American way of life and working, she was busy raising her two sons, Damien and Jason. As years passed, Claire, found herself living in Connecticut where she resides with her husband Alain.

Today, Claire stays busy by teaching French (for free) to residents in her local community. She is constantly gardening and when not gardening she paints watercolors of her beloved France. Perhaps, one of her greatest pleasures in life is watching her two grandchildren grow up. As quoted by her grandson, “Goomah is the greatest cook in the world.” Those of us who are lucky enough to be her friend tend to agree!

IN PRAISE OF MY MOTHER’S COOKING

It would have been raining all morning, one of those Brittany fine rains which are almost a caress to the skin. Not being able to go out, my sisters and I were probably bickering and calling each other names. When the first ray of sun lit up the windows, my mother handed us the wire-mesh egg basket and said (and there could not be any argumentation to her order): “Go get some snails”.

Everybody in the country knows that snails come out in the rain. In those days, when pesticides or weed killers were unknown and the red poppies blanketed the sides of the wheat fields, the snails were big, safe and ominously sliding along the inundated ditches just down below.

A few weeks later, after lunch, my mother would prepare the sauce for the snails and by late afternoon, the kitchen exhaled fragrances of garlic, onions, simmering white wine leeks, which spread all over the house. She did not have to call us: In our house, 6:00 pm was dinner time on the dot, and we were there, seated at the big rectangular table waiting for the full ladle to drop its bounty on our plate.

We were poor – everybody I knew was poor after the war – but my mother never let it deter her from cooking the most wonderful meals I have ever known: Wild mushrooms gathered from the surrounding forests, sautéed in garlic and parsley; chestnuts picked up from nearby country lanes, and boiled with fennel; a multitude of the freshest fish cooked “ noir”, “à la Provençale”, grilled, stewed or, like sardines, just eaten as raw filets, on a slice of buttered toast. She also baked a cornmeal cake, which came out of the oven half pudding half cake and which recipe has been lost forever; crêpes and galettes, and flavored rice dessert which was equaled only by her caramel custard.

I have recognized much too late what a tremendous influence she was in my life and my constant desire to prepare food which is simple, affordable and delicious comes from her.

I love quiches: They can be eaten as an appetizer, as the main course, as a snack or, if one was adventurous enough to dare replace the salt and pepper with sugar, as a dessert!
5 from 1 vote
Print Recipe Pin Recipe
Course Appetizer, Breakfast, Main Course, Snack
Cuisine French

Note: In a perfect world, the baked crust should not be cracked but it might happen, so if it does, take a little bit of the dough left over, dip it in the egg/milk/cream mixture to make it easier to handle and very gently, press over the crack to cover it.
Keyword Quiche

Stay in touch with us!

Keep up with the latest news from Jackdaw Journeys. Promotions, tour dates, blog posts, and so much more!